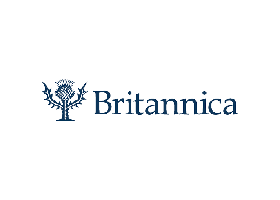 With a legacy spanning 250 years, Merriam-Webster and Encyclopedia Britannica sit at the top of the pinnacle when it comes to brands in education. The company’s digital platforms serve over 140 million users across 80 countries, and is a reliable source of quality content tailored to children, parents, schools, and the general public. An adblock recovery and donation campaign case study.

The publisher’s main KPIs were to create new, alternative revenue streams in addition to improving performance over previous adblock revenue recovery efforts.  Britannica had tried an alternative adblock recovery solution, but had been underwhelmed with results and latency issues from the approach. Britannica was looking for an adblock recovery solution with a stronger ROI, no/low dev requirement, and no negative impact on site performance.

The first step towards generating new revenue was to implement Admiral’s Engage based adblock revenue recovery module. Targeting and asking adblock users upon site entry to allowlist either site with a custom CTA, proved to be a superior solution vs. the previous efforts of reinserting Acceptable Ads. Allowlisting unlocks a publisher’s full ad stack, monetizing that user at 100%.

Focusing on a permission based approach, step two was to activate Admiral’s Transact Module and target/offer adblock users who did not follow through on the allowlist request, the option of allowing ads on the site OR making a one-time donation to help support MW/EB.

Requiring zero dev-lift, Admiral’s Transact Module, is a turn-key feature that manages implementing subscriptions, memberships and donation programs from end to end. Donors could choose from suggested amounts, or enter their own. Messaging schedules were set to automatically adjust based on the amount previously contributed. 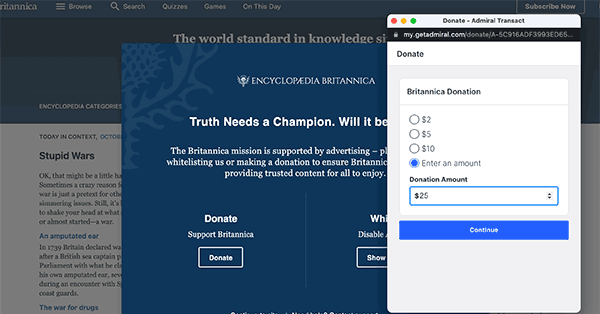 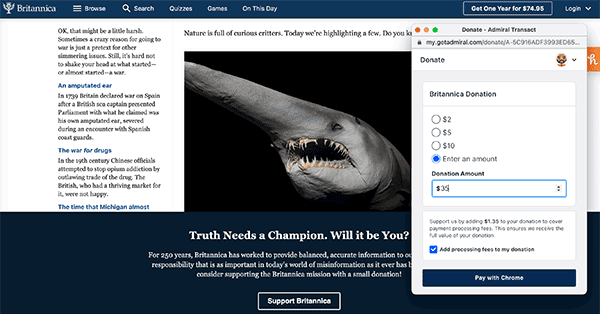 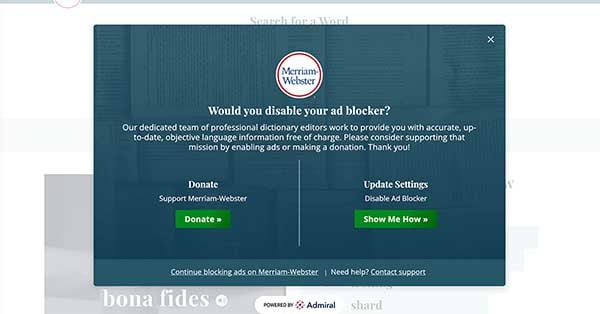 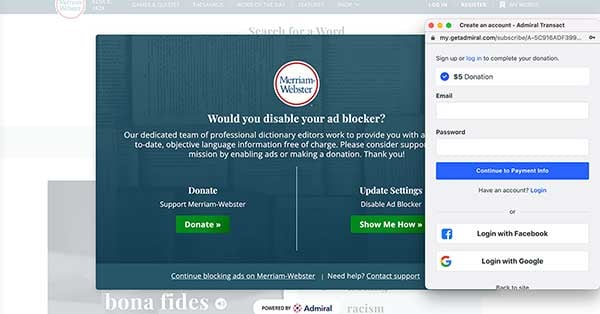 Find out what Admiral VRM can do for your business.
Schedule a call now.